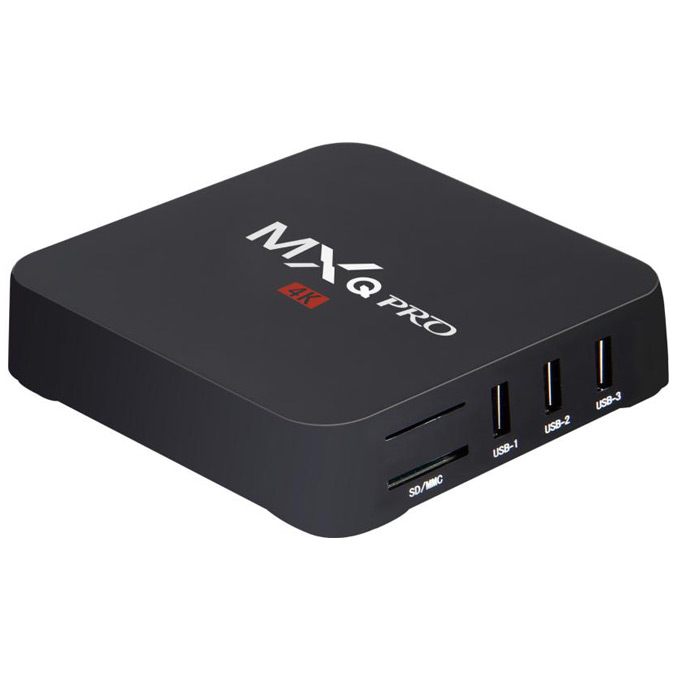 Yesterday I bought myself an android TV box , It calls itself the MXQ Pro 4k.

Really it is a Mini PC that runs Android Lollipop version 5.1.1

These specs are not identical on every MXQ Pro 4k it depends on who made it. Bluetooth may not be included and ethernet may be 10/100 not 10/100/1000 Gigabit.  some have microSD Card readers and some full SD Card readers. Some have various numbers of USB ports 2,3,4

The S905 is a system on a chip with a reference board the board has 2 USB2 ports built in but the manufacturers may include a 4 port usb hub. The Ethernet Port may be a USB Ethernet Port of either 10/100 or Gigabit speeds. The bluetooth may be also via usb.

The Android Firmware is lollipop but I don’t know what’s included in the kernel it maybe possible to update lollipop with additional drivers for more usb devices. E.g Bluetooth and webcam support.

sd fix allows titanium backup to write to the sdcard and that took some finding.